Andhra Pradesh, Tamil Nadu, Karnataka, Kerala, and Telangana are the states that make up South India. While covering the southern section of the Deccan Plateau, South India is bordered on the west by the Arabian Sea, on the south by the Indian Ocean, and on the east by the Bay of Bengal.
If you wish to enjoy a memorable vacation among calm hill stations, enchanting waterfalls, towering temples, historical landmarks, beautiful beaches, lush vegetation, and more, this is the place to go. South India is a popular tourist destination due to its natural beauty. South India is blessed with the magnificent rivers Godavari, Krishna, Kaveri, Tungabhadra, and Vaigai Rivers which flow through the Western and Eastern Ghats.

The history of the states of South India dates back over 5000 years. Pandyan, Chola, and Chera dynasties are the three most important in its history. Pandyan dynasty was the richest empire popular for their diplomacy and contacts. They expanded their empire to include Telegu country, Kalinga, and Sri Lanka. Chola dynasty governed from 9th century until the beginning of 13th century.

South India is home to some of the country's most evocative monuments, revered temples, lush forests, golden beaches, and modern metropolises. The people are friendly, the food is spicy, and the climate is tropical. Many people think it's the best place to start their India journey because it's a gentler landing than north India.
The spirituality of the area, as well as the presence of clear waters and soft sands, makes South India a better holiday destination in India.

Best Destinations and things to explore on South India Tour:

Beaches of South: Rameshwaram Beach, Kanyakumari Beach, Marina Beach in Chennai are prominent beaches to enjoy the sunrise and sunset view with other activities.

Backwaters, houseboat of Kerala- Soak in the views of palm and coconut trees on coast of backwater channels at Alleppey, Kumarakom and Kollam. Houseboat stay in still backwaters is one of a unique kind experience. Ayurveda massages, treatment and sprawling spice plantations are best observed in Kerala.

Depending upon your travel plans, Hill stations of South are best to plan in summers from April to June while for other places November to mid-March is best season to visit. Warm days and cooler nights can best describe most of the places of South with few exceptions. For ayurvedic tour, monsoon is best season while for pilgrimage winter months are most suitable. You can also partake in many festivals organized in these months.

South India Tour is truly magical but it can’t be completed in one go. Pick best of them as per your time of travel and plan accordingly. Here is a list of best places to visit in South India Tour.

Enjoy Marina Beach, one of the biggest beaches in Asia. Windsurfing, fishing and volleyball are some parts of the activities you can enjoy on this beach. Also, don't pass up a great opportunity the nearby diners for a brisk bite while you're there. Mahabalipuram, that is a significant place of interest in South India that draws in numerous international tourists with its assortment of old stone temples, Beach Temple and much more. If you are fond of fishing or bird creatures, Pulicat Lake is a nice place. Different spots of intrigue are: Guindy National Park, Covelong Village, Valluvar Kottam Temple, Valluvar Kottam, National Art Gallery and Nagar Beach.

Situated on the banks of the River Vaigai, Madurai is perhaps the oldest city in the country and a city loaded with culture. One reason why Madurai is one of the most visited goals in South India is one and only famous Meenakshi Amman Temple.

Madurai is popular for its remarkable temples, the "Gopurams", that stand apart not too far off. Probably the most acclaimed sanctuaries are Meenakshi Amman Temple, Thirupparankundram Temple, Koodal Azhagar Temple and Pazhamudhir SOLAI. On the off chance that you like trekking, you'll love Samanár Hills.

The Backwaters is an unquestionable activity to do in Kerala.  It's a chain of tidal ponds that joins 5 lakes and whose scenes are amazing.

The streets are wide, with wonderful architecture from the first glimpse and the city is moderately spotless, with not so much traffic but rather more green territories. An unquestionable requirement activity in the city is visit the Mysore Palace.

It is one of the locations in Southernmost India where the sun rises and sets over the ocean. In middle of the coast, you can see the stone memorial dedicated to Vivekananda, a profound ace who brought Hinduism into the western world. He gave brilliant speeches and books on Hinduism and humanity.

Kanyakumari is an exceptionally famous destination among Indians as well as foreigners. It is the ideal goal if searching for something nearby and outside of what might be expected.

An UNESCO World Heritage site and famous pilgrimage destinations in India, the town of Hampi was at one time the last capital of Vijayanagar, one of the biggest Hindu realms throughout the entire existence of India.

The vestiges of the antiquated temple complexes of the Vijayanagara Empire, dating from the fourteenth Century, reach out for more than 25 km/10 miles and explore more than 500 historical monuments.

Think your favorite destination and choose from best south India tour packages to explore the cultural heritage of India. 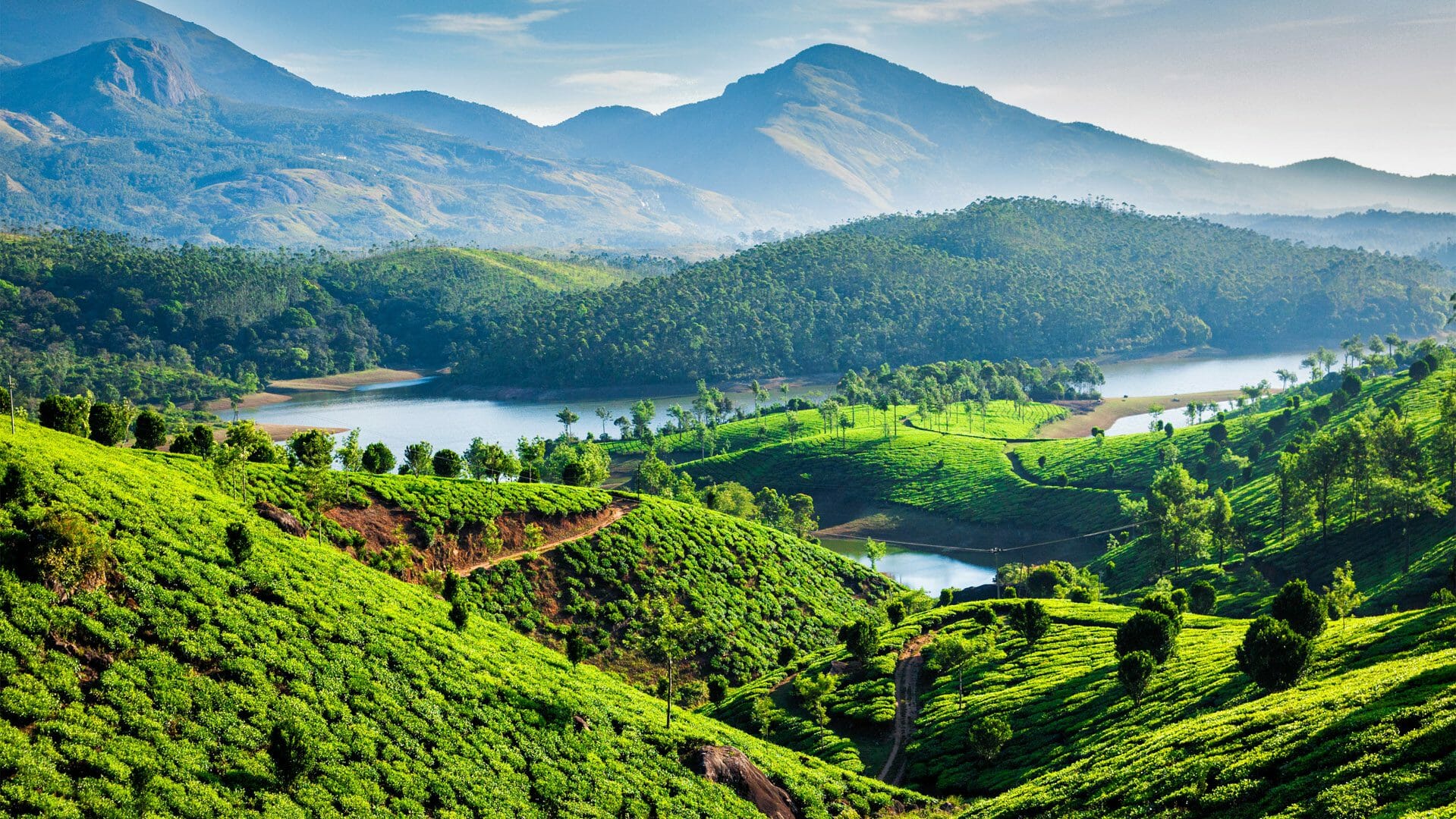 Spices & Tea Plantations (producing some of the finest tea leaves of the world) are one of the most essential features of South India Landscapes. This tour will provide you an insight experience of the extraordinary world of Teas & Spices

Green, Verdant Kerala lush with paddy fields, coconut groves and spice plantation; mile upon mile pristine beaches, the dazzling white of fine sand washed every now and then with frothy lace by the ocean: Step just a little bit away from the well-trodden path for an experience that will stay with you forever. From cosmopolitan Mumbai, where fishing boats are pulled upon beaches overlooked by relics of the Raj, which are themselves dwarfed by towering, futuristic high-rises, travel to the sweeping tranquility of spice plantation – cardamom, nutmeg, pepper – a rich harvest of nature’s

A surefire amalgam of made heritage, lush landscapes, wonderful food culture and vivacious trendy cities, it's not troublesome to check why South India|Bharat|Asian country Asian nation} ought to be the destination for your next India trip. The heartbeat of the country, South Republic of India sits in clear distinction to the country’s north. Prepare to explore antique shrines and structures, immerse yourself in colorful culture and gastronomy, and obtain lost in scenic coastlines, palm-fringed b

The Essence Of South India

If You were to appear for a definition of South Asian nation, it'd be found within the smalls, sights and sounds; in its distinctive preparation, individuals and temples.- ladies in bright silk sarees, their hair rib with white and orange flowers; the lads in white dhoti-kurtas, foreheads smudged with vibhuti. The restaurants smell of curry leaves and coconut, temples of white mongra flowers and wood incence; the intoned intonation of prayers reverberates within the atmosphere 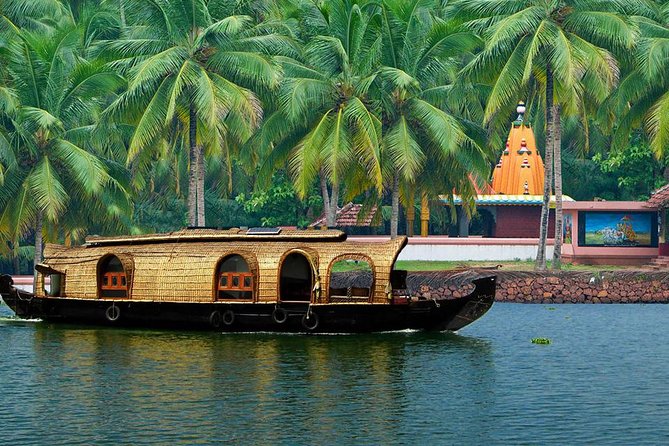 A Short tour of God’s own country – the backwaters, life and luxurious country of Kerala. Kochi, wherever the tour begins, may be a cluster of island, one among the best natural harbors within the world. It won’t to be the most important centre of trade with British, Arabs Chinese, Portuguese and Dutch. Even nowadays it remains the most commercialism centre of spices and food. Although it's Kerala’s most cosmopolitan town, the high-rise buildings and malls haven't nonetheless to overpower the distinctive attraction of its ancient mixture of cultures that continues to be pretty much apparent.